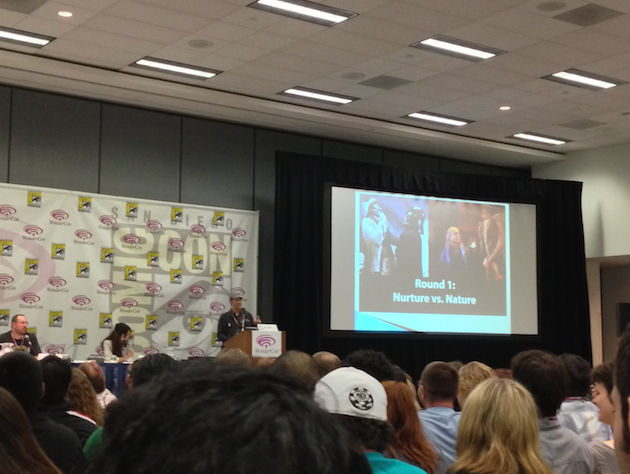 Thanks to the infamous “Star Wars” prequels, we now know that the villainous Darth Vader was not always bad. But the greatest villain of “Star Trek,” Khan Noonan Singh, was literally born bad–a product of genetic engineering who believed himself superior to lesser men. So, which is the better story?

“Vader is someone you can probably diagnose with borderline personality disorder,” NYU clinical psychologist Dr. Ali Mattu. “In fact, the American Psychological Association hosted a talk on this very topic in 2007. Whereas Khan is the most dangerous thing in social psychology when you dehumanize people. You get things like the eugenics wars and the Nazis.”

“Khan had a later life transformation,” Nemecek said. “When we first met him in the “Stark Trek” television series, he was a villain. But when he comes back in the second film (“Wrath of Kahn”), his wife has been killed and his adopted planet ruined.”

For her part, Dr. Andrea Letamendi, a psychologist, said Vader’s story was more compelling because of its complexity.

“George Lucas really has an understanding of what makes evil,” she said. “There is a sophistication of what makes risk, loss and antisocial behavior. We are reminded that humans are complex.”

For his part, “Robot Chicken” writer Hugh Sterbakov did see one common failing of the two diabolical leaders: “They’re both really bad at choosing assistants,” he said, noting that in the accompanying photos for the panel, both men are seen lifting men into the air by their throats.

Round 2: Strength and Resilience

But who in the two competing sagas overcomes the most adversity? Was it the crew of the Enterprise overcoming the death of Spock? Or Luke Skywalker seeing his murdered aunt and uncle and being forced into a completely new world?

Dr. Letamendi said both series have similarities in the way that their characters maintain their behavioral patterns even after trying situations. For example, in “Star Trek 2,” Spock is willing to accept death during an unwinnable computer simulation. Later in the film, he sacrifices his own life to save the crew of the Enterprise.

And in “The Empire Strikes Back,” Luke Skywalker is quick to anger during a test of character in the caves of Dagobah. Later in the film, he succumbs to the same behavior, and suffers for it, when he is quick to confront Vader.

“The main point is not win or lose but how you went down,” Nemecek said.

The panelists weren’t allowed to speculate on who would win in a fight between Captain Kirk and Han Solo. But they were free to debate who has the better robots.

“There’s a spectrum of how they treat artificial intelligence in ‘Star Trek,’” said Nemecek. “Even Data’s creator was an outcast. It’s a complex question in the “Star Trek” universe.”

Letamendi responded by saying that the “Star Wars” androids were more likeable because they are less human, citing the Uncanny Valley concept, which states that humans are emotionally put off by artificial intelligence the more closely it resembles actual human behavior and appearance.

But Mattu disagreed, agreeing with Nemecek that the wide variety of artificial intelligence on display in the “Star Trek” universe was met with different responses from different cultures.

The panelists then moved on to the final round to argue which saga showcases the greater journey for its characters. From there, it was left to the audience to decide who had won the debate.

“It’s an inspirational, motivational story that goes to the core of what it means to experience self-actualization and self-individualization,” Letamendi said of “Star Wars.” “It’s actually what psychologists consider to be the most advanced state of being. And they have bad-ass costumes.”

Mattu offered the counterpoint, saying of his own experience:

“What happened to me when I saw “Star Trek” was that I could see myself there. It was a future we could see, a mirror into ourselves. How with empathy, science and knowledge we can grow, improve as a society and overcome.”

“Plus, only in “Star Trek” can you blow up a planet and create one simultaneously using science.”

Ultimately, the cheers were loud for both sides, though it appeared that the “Star Trek” argument came out slightly ahead, reversing what had seemed like an audience stacked in favor of “Star Wars” at the onset.

But to any attendees who felt disappointed with the results, Mattu offered some positive news. 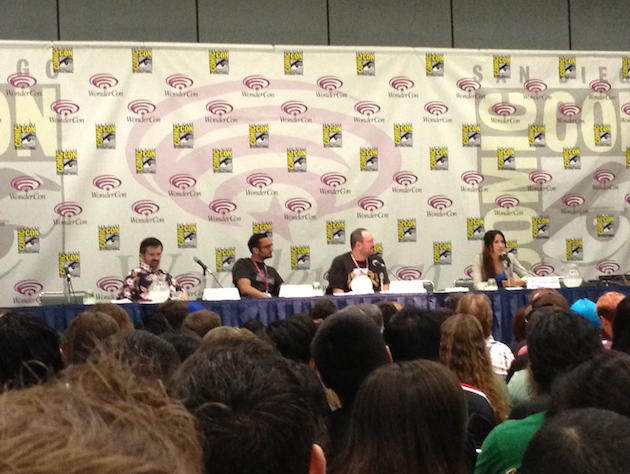